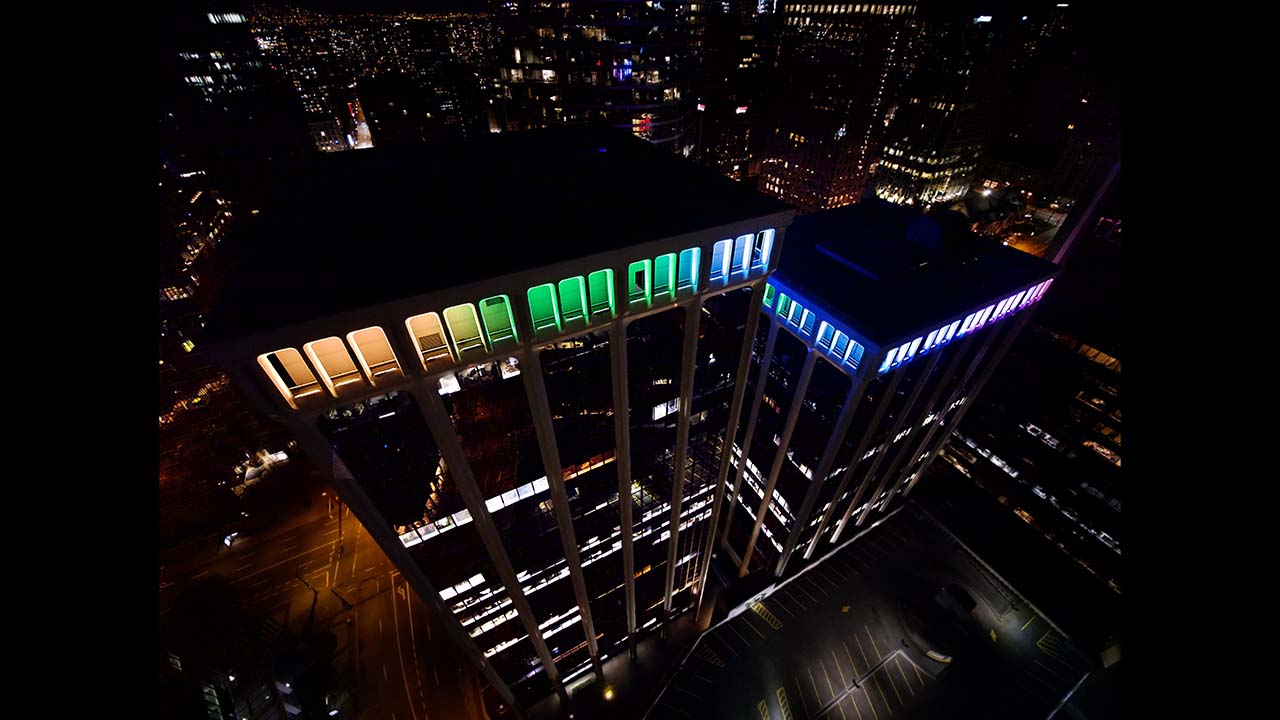 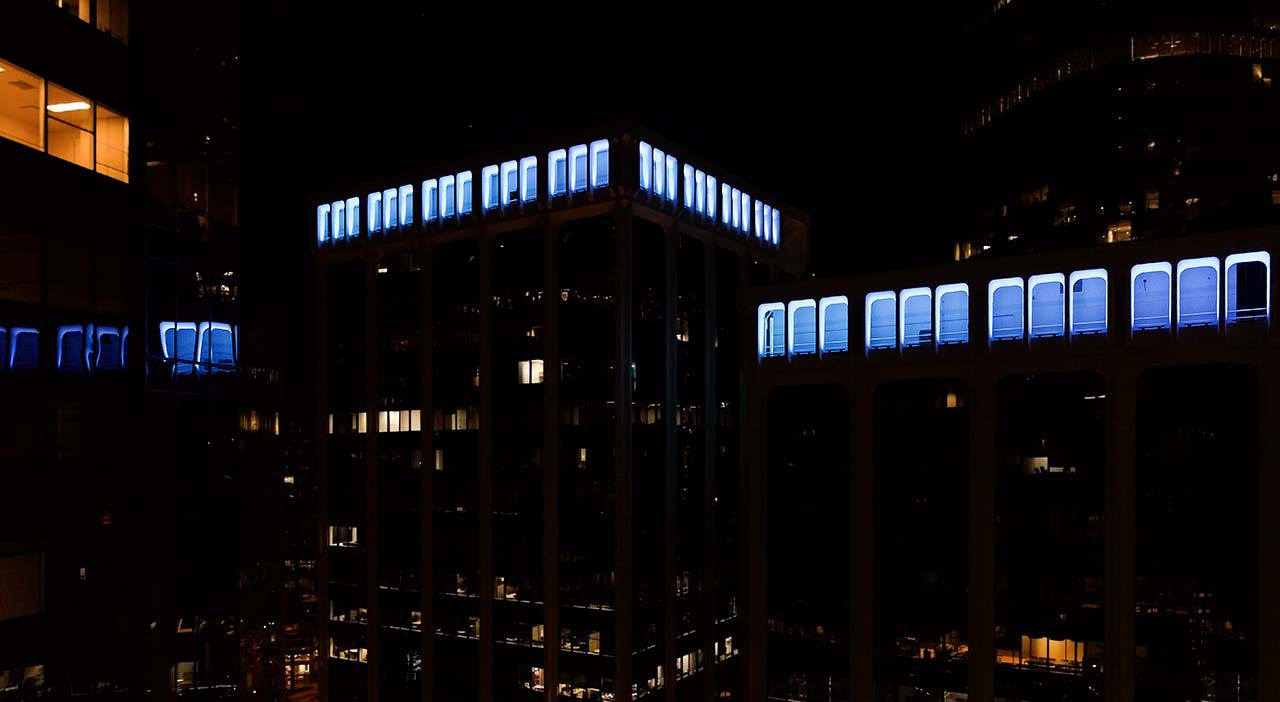 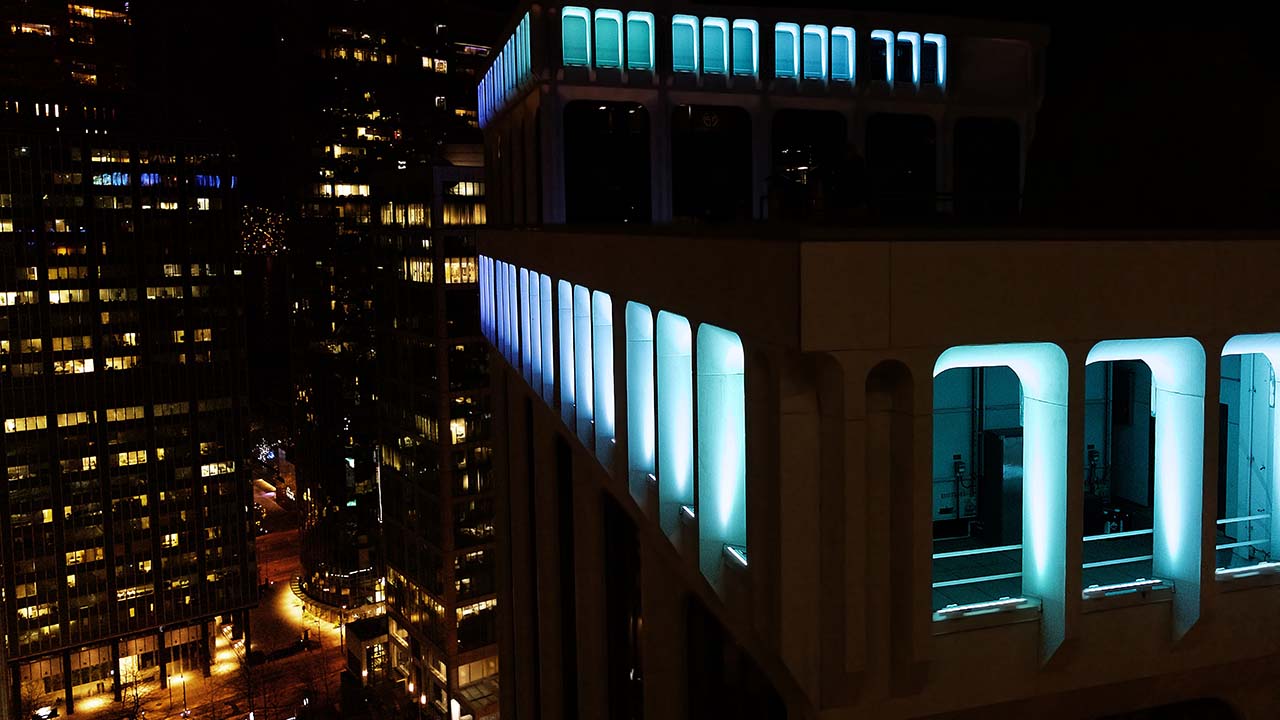 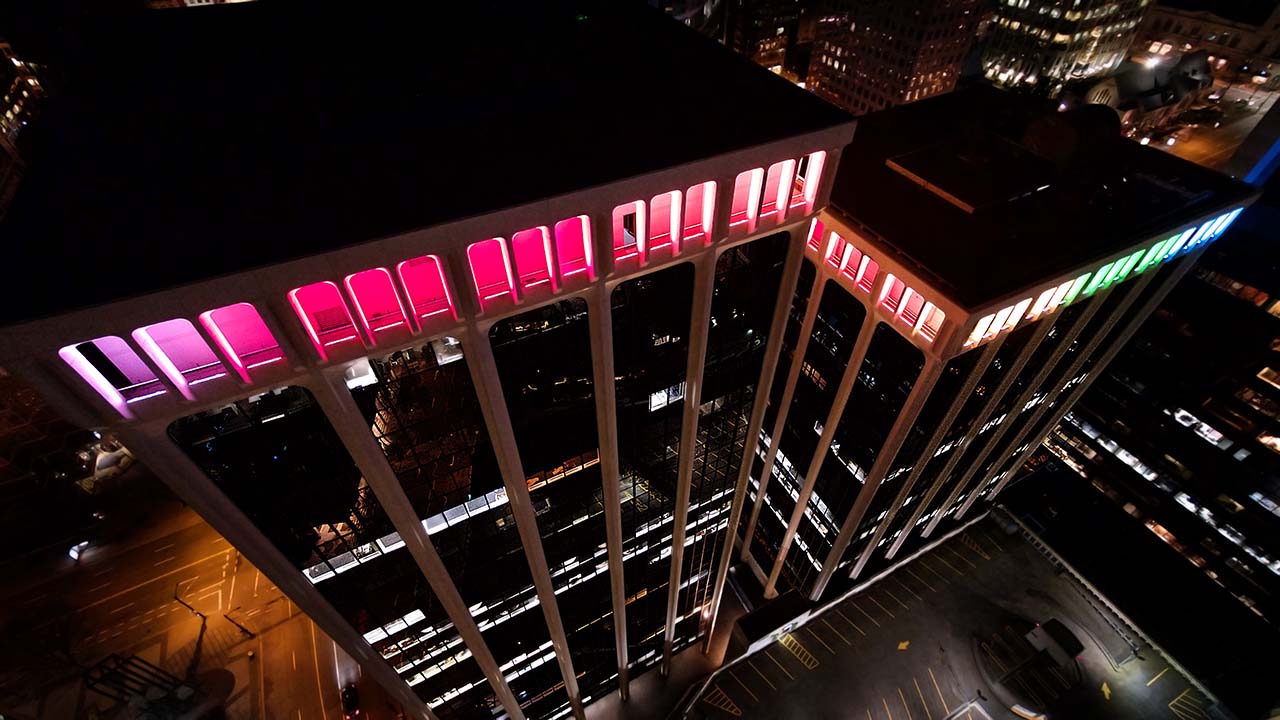 A leading urban trend is the creation of signature dynamic lighting designs for iconic downtown core high-rises. A major aspect of this trend is the use of dynamic crown lighting that can be programmed to be symbiotic with a city’s civic pride, commemorating such events as celebrations, memorials, sporting events, and seasons.

Hudson Pacific Properties embraced this trend and created a new night-time landmark by investing in a dynamic, colour-changing lighting system for the crowns of Vancouver’s most storied groups of buildings, known as the Bentall Centre.

One Bentall Centre and Two Bentall Centre towers now have Lumenpulse Lumenfacade Horizontal RGBW LED luminaires grazing the arches of the crown openings on each building. The precision 10° x 60° optics specifically target the sides and upper arch of each crown opening to create a border of light that can be programmed to colour change as per the programmer’s wants while respecting dark skies.

The overall effect is straight forward, yet highly impactful. The towers rise above their actual height in both the civic imagination and their visual prominence amongst all other neighbouring structures. They become a beacon for the city centre while boosting civic pride and the core’s entire aesthetic.