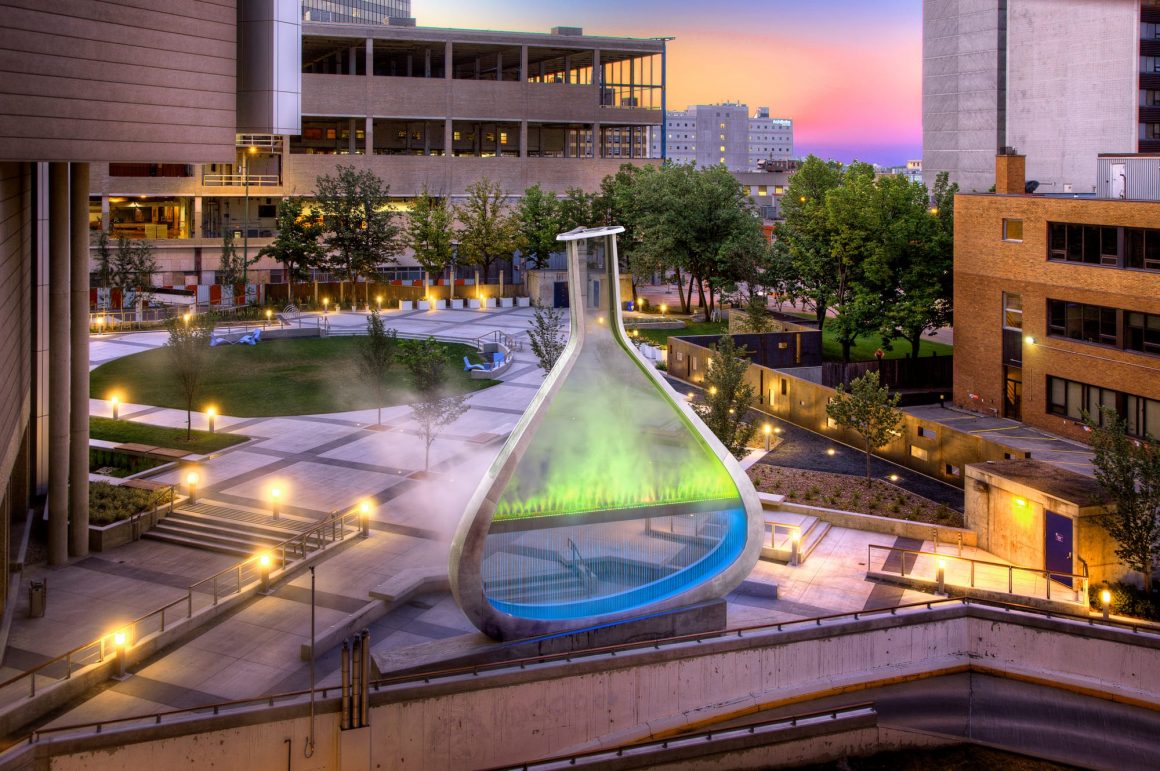 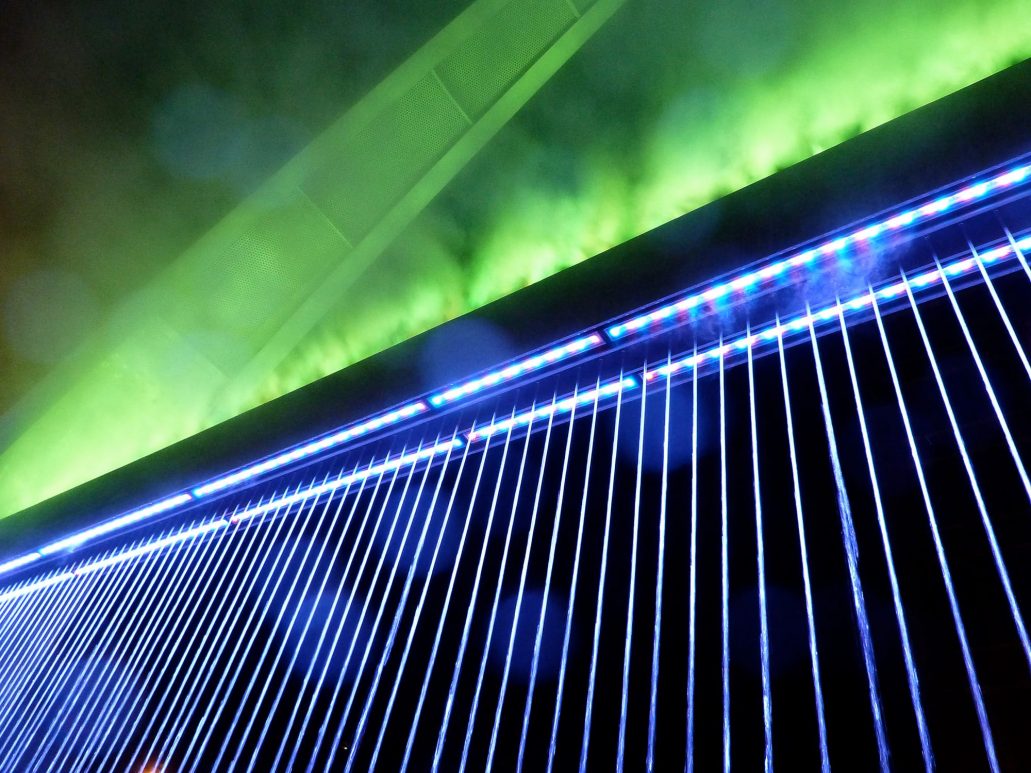 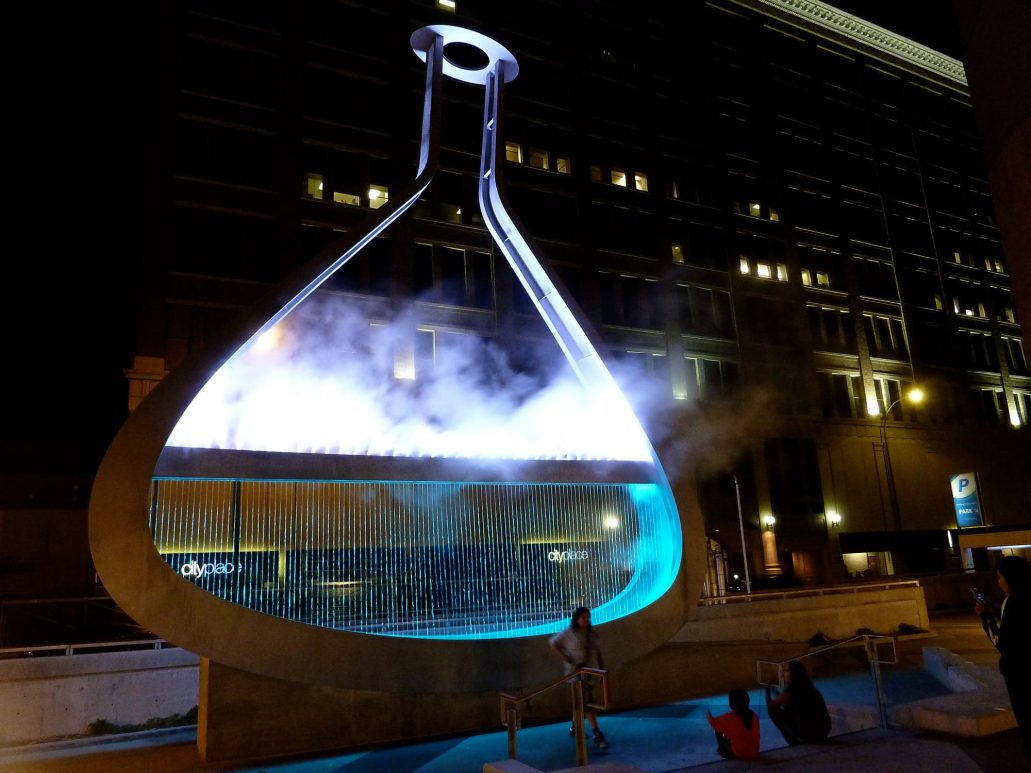 As part of Winnipeg’s Public Art Program, Vancouver-based Pechet Studio won an international competition to create a public artwork to invigorate the center of the city. Artist Bill Pechet created an urban sculpture, called Emptyful, in downtown Winnipeg. Standing 35 feet high and 31 feet wide, the stainless-steel frame of a flask-like structure has been installed at the Millennium Library Plaza. The artwork represents the idea that something can be empty and full at the same time. “It was influenced by the phenomenon of weather and human endeavor,” Pechet says. “When you first visit Winnipeg, it can appear empty and open, set amidst the vastness of prairie and sky. But within, the city is full of creative energy.”

The lighting had to be slender, discreet, and powerful. The enchanting light show attracts hundreds of viewers to the plaza, providing an inviting and exciting atmosphere to the city’s landscape.